It was yet another thrilling, enthralling and entertaining Inter Services T20 tournament, staged at Lord’s on Thursday 13th June, as the three services went head-to-head.

For seven UKAF ACO members, it was a moment to savour as they received their awards for officiating throughout the day from MCC Head of Cricket John Stephenson on the hallowed turf in front of the famous Lord’s pavilion.

Three umpires, three scorers and the tournament referee were all an integral part of the day, overseeing the events which saw the Royal Air Force end the Army’s five-year grip on the trophy.

What an incredible honour to have our own officials rewarded for their excellence on behalf of the Association and rewarded in such a way to officiate at the Home of Cricket. 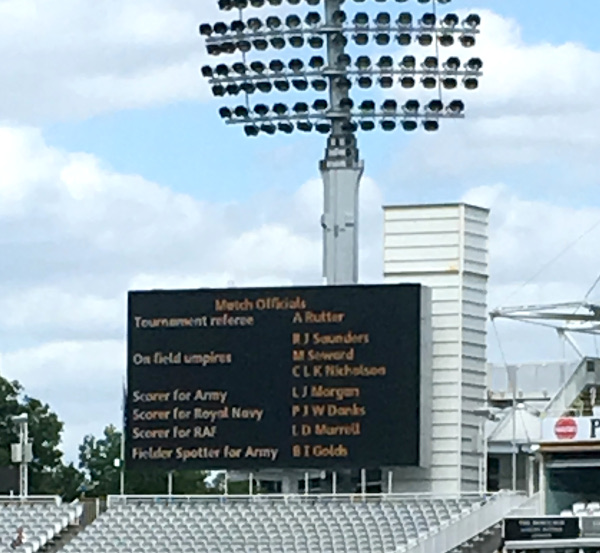 View all posts by UKAFACO-admin